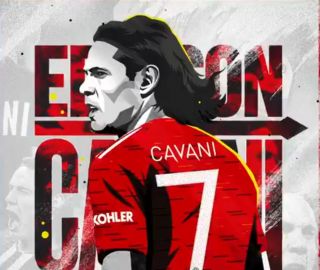 In this transfer window, there was desperate deadline day deals, like in 2013. An ageing striker arrives on a Bosman and Manchester United failed to land their prime target.

Amad Traore has not been given a squad number yet as he won’t join up with United until January, but at least we know what the others will be wearing.

Left-back Alex Telles will wear no.27 as he looks to challenge Luke Shaw for a place at left-back.

Uruguayan Facundo Pellistri is United’s new no.28 and he will be joined by fellow countryman Edinson Cavani who will wear the iconic no.7.

Giving Cavani the number 7 shirt is a big statement and I’m not sure it is one that will go down well with fans, who were hoping Jadon Sancho would be the next star to don the shirt.

But the decision has been made and Cavani is certainly a star big enough to pull it off.

Fingers crossed our new signings hit the ground running after the international break, although Cavani is a doubt for the trip to Newcastle.