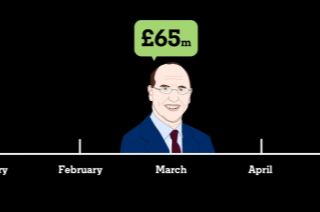 Manchester United owe £175m on a loan from BofA Securities and had £330.8m outstanding on ‘senior secured notes’.

That equates to half a billion which this brilliant video from Tifo Football explains as a legacy to the Glazer family’s leveraged buyout.

It helps explain why United were so idle throughout the transfer market because the club’s profits are not allowed to dip below £65m in a rolling 12-month period. Otherwise the banks have a legal right to act.

Lecturer on football finance, Kieran Maguire, makes it very clear and is quoted in the video.

“Most [clubs] in the Premier League are privately funded & many find it hard to get traditional loans because half are at risk of relegation. Manchester United are different… They are as copper-bottomed an investment prospect as you could expect. But the covenants are there as protection. Just in case Man United go a bit mad in terms of spending money, these act as penalties for poor use of cash as far as the lenders are concerned.”

Tifo Football add that the £65m EBITDA does not include transfers as player acquisitions fall under ‘amortisation’. However, wages do come into the equation…

Apparently a pass will be granted when United do not qualify for the Champions League — which can only happen twice before the loan is due for repayment in 2029 or the bonds mature in 2027.

It’s a worrying watch for any Manchester United fan.