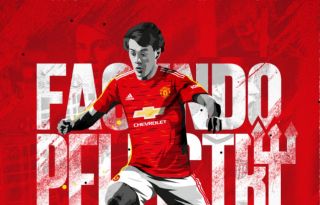 I remember hearing about Facundo Pellistri for the first time in early July.

A notification popped up on my phone from The Athletic — Andy Mitten had been reliably informed that Manchester United were tracking the 18-year-old Uruguayan winger.

It became clear in the article that Ole Gunner Solskjaer was given a tip from an old friend about this kid, and the United manager is someone who likes to use his connections in football, whether it’s former team-mates or player he’s managed in his short career since retiring as a footballer.

Mitten writes: “Forlan has long insisted that United’s stable football environment makes it a great club for a young footballer.”

So, it’s clear how this one happened but Solskjaer has now explained why United signed Pellistri (via ManUtd.com): “Our scouts have followed Facundo for a long time and we believe that he will be a real talent for the long term. Whilst we understand it will take time for him to adapt to the English game, he is capable of having an impact with his pace and ability to beat his opponent.

“Facundo has the perfect platform at Manchester United to develop and he has all of the technical qualities and the right mentality required to become a top player here. We are all looking forward to working with him to fulfil his potential over the coming years.”

His favourite position is on the right wing but he can also play on the left, “and loves to run at opposition defenders,” as per Mitten.