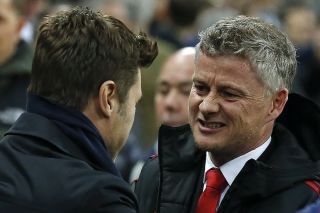 Manchester United have reportedly made contact with Mauricio Pochettino.

A story which stems from the Daily Star claims senior club officials have made contact with Pochettino’s entourage, undoubtedly to sound him out about the possibility of him taking over at some point.

While United have had a bad start to the season, losing shockingly to Tottenham in the process, it’s truly remarkable that the Glazers and board can look at anyone but themselves.

The way in which the club conducted business over the summer was nothing short of embarrassing and it has left the manager with a much harder job.

Will they take note of that or begin to push Solskjaer off the edge like they have done to previous managers?

You might think Ole Gunnar Solskjaer should be replaced because there are better managers out there, including Pochettino, but after the job he did last season he deserves this campaign. However, to expect progress with this squad — when all of our rivals have strengthened — is barbaric.

This cruel reality of how Manchester United do things now doesn’t bode well for Solskjaer anyway.

His job is ultimately what Arsene Wenger’s job became at Arsenal. The Glazers have a pretty blatant pattern which sees them spend big only when the team misses out on the Champions League, and once that is secured they’re happy with mediocrity.

Manchester United is not being run to be the best football team in England any more. Premier League titles don’t matter.

Solskjaer, or anybody in his position for that matter, will want to take United back to the glory days. An impossible task with these leaches at the wheel.

The aim every season is to get into the Champions League and that’s how Solskjaer or the next man will stay in charge.

Sadly, he’s another victim of Glazer greed but that was inevitable as it would be with Pochettino too.