Manchester United’s potential next signing Facundo Pellistri has been snapped having his United medical after the image was shared by agent.

Pellistri, 18, is reportedly on the verge of joining the Reds from Uruguay side CA Penarol who are currently being managed by former striker Diego Forlan.

The attacking youngster is expected to join the Reds and go straight into the team’s first-team, as per Telegraph.

Pellistri is a highly-rated right-sided winger and has already featured in 37 top-flight matches in all competitions and has been directly involved in six goals.

The South American youngster has been snapped having his United medical with an official announcement expected pending it’s successful competition. 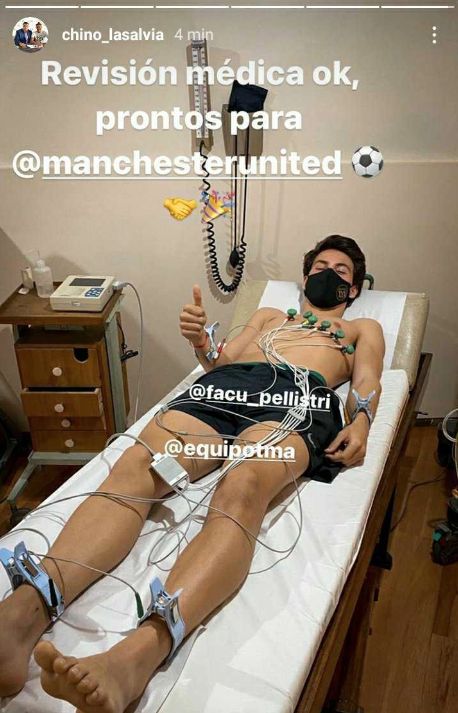