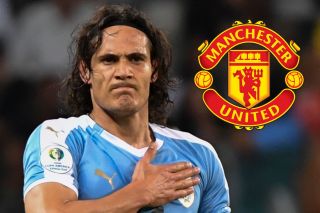 So the day is finally here. After weeks (months?) of speculation involving everyone from Lionel Messi to Ainsley Maitland-Niles, transfer deadline day is upon us, and there is nothing quite like a humbling from the bloke you sacked almost 2-years-ago to inspire you into action. And action is exactly what is expected of Ed Woodward and Matt Judge today as the need for reinforcements was highlighted so spectacularly yesterday afternoon.

The alarm clocks will have been set early I’m sure, with Edinson Cavani and Alex Telles seemingly done (via Manchester Evening News), the time is there to cross another name or two off the list Ole Gunnar Solskjaer gave the men in charge of negotiating the deals.

Jadon Sancho was busy partying this weekend, as per The Sun, but the fact he is in England gives you that false hope a deal is being struck and he is remaining just a car ride away from Old Trafford.

There have been links with central defenders made since the conclusion of the horror show yesterday to add just a little extra spice to the day.

Across the world, United fans will be glued to their phones, checking every notification from friends, family and news sites in the desperate hope a bid has been lodged for Sancho – a deal I am hopeful will be done today – or a defender like Dayot Upamecano (via ESPN).

Cavani and Telles are good signings, they’re players that fill holes that need filling, but they aren’t the answers to all of the issues. Manchester United need to be reactive today having left it so late, they need to be sure in their actions and ruthless in their business.

Two signings isn’t enough, and the wrath of the fans will be felt across social media if they fail to deliver. It’s due to be a roller coaster, and I’m strapped in and ready.