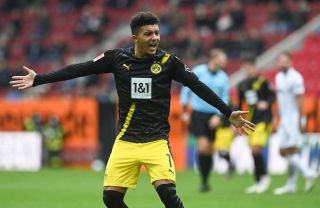 If you were one of many Manchester United supporters hopeful that Jadon Sancho would be announced as a new signing on deadline day, it looks like you will be left disappointed.

I’m not sure I had much hope going into deadline day, with Borussia Dortmund sticking to their stance that Jadon Sancho would not be sold after August 10 (via Telegraph), but The Sun’s Neil Custis has certainly left me feeling ultimately pessimistic with his latest report on the transfer saga.

According to The Sun, Manchester United have told Jadon Sancho they haven’t given up on him despite failing to get a deal over the line in time.

This means United have finally given up on their summer pursuit for Sancho.

You can’t even put it down to a break down in negotiations because Dortmund have made their stance clear all summer.

Custis claims “they [United] simply do not believe that a 20-year-old player in the current financial client is worth £108m”, but why did they spend all summer barking up the wrong tree then? It’s incompetence all over.

There’s no point making a bid you know the club you are dealing with will reject.

A deal will be revived in the New Year.