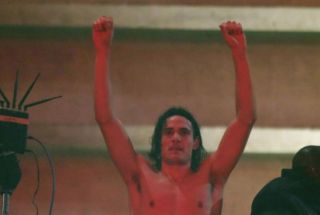 Manchester United have announced the signing of elite striker Edinson Cavani. He joins on a one-year deal with an option to extend by a further year.

Edinson Cavani, 33, has joined Ole Gunnar Solskjaer’s United with the Reds getting the experienced marksman for nothing due to his last contract with Paris-Saint Germain expiring earlier this summer.

The elite South American has enjoyed a hugely successful career after spells with Napoli and Paris-Saint Germain have seen the striker lift 23 major trophies including six Ligue 1 titles and one Coppa Italia trophy.

Cavani has featured in a whopping 556 domestic competitive matches in all competitions for Palmero, Napoli and Paris-Saint Germain since making his senior debut in March 2007 and has been directly involved in 406 goals.

Just 12-months after making his professional debut, the Uruguayan forward made his international debut during a 2-2 draw against Columbia in a game which saw him score from his own half.

Since his international debut 12 years ago, Cavani has gone onto score 50 goals for his country with arguably his greatest moment coming in 2011 when he helped Uruguay lift the Copa America trophy.

The elite forward has put pen-to-paper in a deal which will see him commit his immediate future to United until at least 2022.

United fans have jumped to Twitter reacting to the news that Cavani has joined the club.

Great signing but we didn’t do enough this window

Would have been okay signing if it was on top of VDB, Telles and Sancho. One year contract is a surprisingly smart move.

It’s a really great signing imo..so far it’s one year with an option to extend another one year😘

It’s a really great signing imo..so far it’s one year with an option to extend another one year😘

A 1 year deal and people are angry😂. What morons, now that Martial is out for 3 games, who do you want to see?

Cavani is so good that Zlatan consistently benched him or forced him to play on the wing when Cavani was at his peak…. Great signing…..

In addition to Cavani, United have also announced the signing of Brazilian left-back Telles.

Telles, 27, has joined Solskjaer’s United after the Reds secured the talented left-back from FC Porto.

The former Porto full-back has enjoyed a hugely impressive career so far and has become widely regarded as one of Europe’s most exciting full-backs.

The South American defender has also had spells at Galatasaray and Serie A giants Inter Milan having featured in well over 300 senior matches in all competitions since making his professional debut in January 2011.

Arguably Telles’ most impressive spell in his career has been with his most recent club Porto. The exciting defender had featured in 195 matches in all competitions for the Portuguese champions and has been directly involved in a stunning 83 goals (26 goals and 57 assists).

Telles has lifted eight major trophies in two different countries including three domestic titles with his most recent being the Liga NOS title last season.

Internationally, Telles also possesses an Italian citizenship but after being called-up to Brazil’s senior national side in March 2019, the attacking defender opted to pledge his alliance to the illustrious ‘Verde-Amarela’.

Telles has put pen-to-paper in a deal which will see him commit his immediate future to United until at least 2025 with an additional one-year option.

The South American duo unveiled by the club on deadline day.