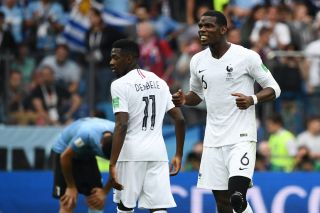 Dembele has been viewed as a potential alternative to United’s prime target Jadon Sancho who looks all set to remain at Borussia Dortmund.

The 23-year-old has endured a torrid time with injuries at the Camp Nou since his move from Dortmund three years ago but remains an elite talented forward.

And according to BBC‘s Stone, United have ‘not completely abandoned’ their pursuit of the Frenchman with just hours remaining on transfer deadline day.

However, Stone adds that a deal now seems unlikely with United and the player each wanting different outcomes.

Ousmane Dembele to @ManUtd not dead but unlikely. Club want a loan. He wants permanent.

United would understandably prefer a loan move for a player with such a poor injury record but Dembele would prefer a permanent exit if he leaves Barcelona.

This leaves the deal at an impasse and we would be surprised if there is a breakthrough in negotiations in the final hours.

Meanwhile, Alex Telles is currently in Manchester completing a medical ahead of his switch from FC Porto, as per Fabrizio Romano.

Romano notes that Telles will sign a four-year contract at Old Trafford, with an option of a further year.