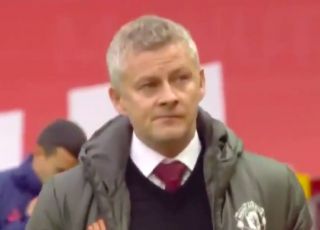 United are currently 4-1 down with 10 men after Anthony Martial was sent off for petulant retaliation at Erik Lamela.

The Reds have been completely spineless defensively,  and fortunate not to concede even more after Jose Mourinho’s men squandered several other chances.

Evra, a passionate United fan, didn’t hold back in the Sky Sports studio at half-time, stating ‘no one deserves to be playing for this team right now’.

Many will point towards a lack of signings in the aftermath but Evra knows that the players on the pitch have to take responsibility for what was a shambolic first-half showing.

It is now a matter of damaged limitation for Solskjaer and United in the second-half as they try not to be completely humiliated by Spurs.

Listen to Evra’s extraordinary half-time rant below, via Sky Sports:

🗣"No one, no one deserves to be playing for this team right now"@Evra is not happy with Manchester United's performance in that first half pic.twitter.com/UJQy22EHn8