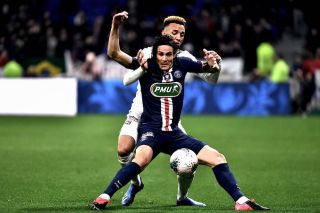 Stretty News obtained information over the weekend backing up the above report that talks at an advanced stage to bring Cavani to Old Trafford.

Saha, who played for United between 2004-2008, has described the feeling of Cavani’s imminent announcement as Christmas-esque.

“I thought Christmas was December,” Saha tweeted. “Cavani is a top signing. Goal scorer and huge source of energy inspiration. @ManUnited will dominate transition cause of his work rate.”

I thought Christmas was December. Cavani is a top signing. Goal scorer and huge source of energy inspiration. @ManUtd will dominate transition cause of his work rate.

A top forward with a renowned work-rate. What could go wrong?

The Uruguayan, 33, finished his spell in France as PSG’s all-time top scorer with 200 goals in over 300 appearances across all competitions.

He is a proven winner with an incredible record, who with Champions League experience can be a leader on the pitch.

Questions will be asked as to why United didn’t sign Cavani earlier knowing he has been without a club since the transfer window opened, but at the same time his arrival could aid United’s core football strategy since Ole Gunnar Solskjaer became manager.

The youngsters in the squad will benefit from having Cavani around.