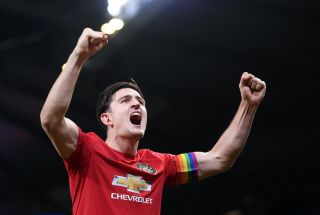 Manchester United skipper Harry Maguire has assured fans the club is doing everything it can to improve the squad ahead of Monday’s transfer deadline.

But it doesn’t bode well when you read the facts.

United are heading into another deadline day needing to make signings. When will senior figures learn that until we fix these mistakes and stop running the risk of panic buying?

The club have signed just one player during the summer window so far, with Netherlands international joint from Ajax in September. They are also set to seal a deal to sign former PSG striker Edinson Cavani on a Bosman, but have struggled to close in on an agreement with Borussia Dortmund for Jadon Sancho’s signature.

Maguire parsed his new team-mate Van de Beek in an interview with Sky Sports (quotes via Manchester Evening News) ahead of United’s game with Tottenham. He believes further signings will help the squad.

“We brought in Donny, who is a great player. He’s settled in brilliantly, but I’m sure he’ll still improve. The window is still open, I know the club and how it works and they’ll be working tirelessly to try and strengthen our squad.

“Bringing players in will help, as it does to any team in the Premier League, but we’re focusing on ourselves and we feel like we have enough in our squad at the moment to get the three points on Saturday.”

United have a lot of work to do in the next two days to get to the level they should be at after this transfer window. The board have left Solskjaer short.