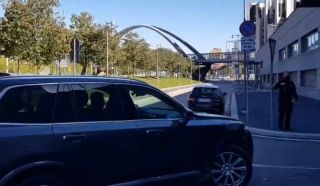 Diogo Dayot has completed the final part of his medical and has arrived at AC Milan’s headquarters to sign his contract and confirm his arrival from Manchester United on loan.

The Portuguese full-back can play on either flank and Ole Gunnar Solskjaer has previously tried him further up the pitch as a winger.

After he was filmed arriving in Italy on Saturday, the player’s medical appeared to have been completed successfully with the contract now set to be signed at Casa Milan.

✍ And now Dalot arrives at Casa Milan, ready to sign his contract…

Playing in Italy will be a new experience for Dalot and we hope it goes as well as Chris Smalling’s loan move to AS Roma last term.

The different, however, is Dalot’s age. At 21 he is still very much a prospect and I, for one, hope United see a better player return to them next season.

Dalot wasn’t getting the game time he needed at United and Timothy Fosu-Mensah will provide cover for Aaron Wan-Bissaka at right back.

Italian reporter Fabrizio Romano has already tweeted ‘here we go’ which has become a green light for football transfers on Twitter.

We wish Dalot all the best ahead of his time at AC Milan.