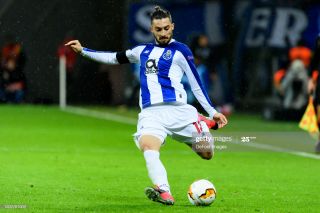 Telles, 27, emerged as a shock summer transfer target for Ole Gunnar Solskjaer’s Reds after a report from Portuguese outlet A Bola claimed the Reds were considering making an approach for the Brazilian defender.

Porto’s left-back has become one of Europe’s most highly-rated defenders after his modern attacking capabilities saw him be directly involved in a hugely impressive 82 goals in 195 matches in all competitions for the Portuguese champions.

A Bola who have been following the ongoing saga surrounding Telles’ future have recently reported that in an attempt to secure the fee they want for his services, Porto have offered their star-man to arch-rivals Manchester City.

However, the latest in this rapidly developing transfer comes from Sky Sports who have reported that United have recently seen a £15.4m bid for target Telles rejected by Porto.

United fans will now be forced to wait and see if their side can come up with one final push to land the highly-rated Brazilian before the transfer window slams shut at 11pm on Monday night.