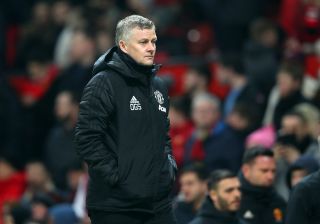 With just two days left in the transfer window and Manchester United staring down the barrel of another wasted summer, spare a thought for Ole Gunnar Solskjaer.

Whether you’re Ole in or Ole out, whether you think he’s the right man for this job or not (for the record, I’m 100% behind him), you have to feel a drop of empathy for him. United have made only one signing so far – Dutch midfielder Donny van de Beek for £35m, as per BBC Sport – and rancour and discontent is simmering to boiling point amongst the fanbase. Solskjaer publicly admitted United needed more additions in this window. As recently as August, he told the world in a BT Sport interview that we faced a “long season” without getting new players in.

This summer, this upside down, unprecedented transfer window has been open for ten weeks, deep into autumn as this year like no other rolls into its tenth month.

There can be a certain amount of mitigation given the circumstances, so clubs can genuinely make valid excuses as to the extent of their dealings. But what does it say about a club if they are entering deadline day desperately searching for eleventh hour reinforcements for the third season in a row? A strategy that should only be deployed in cases of dire emergency has become United’s raison d’etre.

Once again, the lack of anyone with a football brain in United’s corridors of powers have been conspicuous by their absence, made all the more galling by the fact that rivals like Liverpool, Manchester City and Chelsea completed their transfer business ages ago. If we can’t even keep up off the pitch, how can we be expected to keep up ON it.

Is it Solskjaer’s fault these inept, penny pinching leeches masquerading as football club owners are so utterly useless? Is it his fault that Ed Woodward, Matt Judge and Richard Arnold – the three Stooges – have faffed about all summer and not delivered on their promise that they would back Solskjaer with reinforcements once he delivered his side of the bargain and got us into the Champions League. Solskjaer took his list of targets to the board, identified who he wanted and even spoke directly to the players involved. He cannot do any more. Fail to prepare, prepare to fail. This summer’s inactivity is entirely on the board. Yet another United manager absolutely shafted by this poisonous and cancerous regime. It happens every summer. Woodward doesn’t have a clue about football yet makes all the major football decisions with no one being held accountable. Is there no one to tell him to step away and leave that side of things to the experts? How can Woodward be making decisions he’s not qualified for? Worse, he seems happy to veto the decisions that ARE made by the likes of Solskjaer without an alternative.

Reading Solskjaer’s comments yesterday morning (via Manchester Evening News), in which he said in his pre-Spurs presser that the transfer market is difficult in the current climate, that he has a squad both deep enough and good enough to compete and that we shouldn’t expect any more signings – left me, like many others I’m sure – seething having gone back on his word. Solskjaer surely doesn’t believe that. How can he when a matter of weeks ago he was muttering the exact opposite? It’s as if he’s being told to say it, to absolve the board of blame and to toe the party line just as the board want.

Even if you don’t think Solskjaer is the man to take United forward, how do you explain the misery of Louis van Gaal and the moribund Mourinho – two of the best bosses of their generation let down by those above them. Once again this is more than simply the manager.

Privately, Solskjaer must be raging too. But he’s hardly in a position to openly criticise the board – this is Solskjaer’s dream job and tearing your employers a new one in front of the world is like a red rag to a bull. Jose Mourinho tried that and was out on his ear four months later. Mourinho tore into his players too, to such an extent that he alienated them, they turned on him and he lost control that he was never able to wrestle back. He trod that slippery slope and it ended in tears. He was criticised for stinking the place out, his defeatist attitude, general sullen-ness and for undermining his squad. Van Gaal also criticised the board, but only long after his departure from Old Trafford.

Solskjaer needs these players and cannot afford for the same to happen here. What’s he supposed to say?

I back him, I know he wants the best for this club. Do me a favour, record yourself criticising your work mates and your employer publicly for thousands or millions to see and let me know how that works out for you.

Ole may be at the wheel, but ol’ Ed has drained the petrol and the Glazers have nicked the tyres.