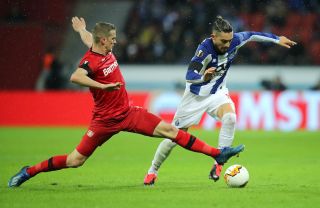 Manchester United’s pursuit of FC Porto’s Alex Telles has reportedly hit a stumbling block after talks stalled due to his present club’s demands.

Telles, 27, is a highly-rated left-back from Brazil and reports suggest Ole Gunnar Solskjaer wants him to challenge Luke Shaw for a place in the starting line-up.

United also have Brandon Williams, 20, who impressed as he broke into the first-team last season.

Solskjaer knows he needs greater quality and depth if United are to challenge on all fronts, but this summer the board has only managed to secure one signing with three days left until deadline day.

A report from Portuguese outlet A Bola claimed United are considering making an approach for Telles’ services. Usually, they are not the most reliable source (as we learned during the Bruno Fernandes saga a year ago) but this time they seem to be on the money about Solskjaer’s interest in Telles.

And it sounds like the player wants to join United.

According to a recent report in the Telegraph, a transfer has so far failed to materialise with Telles and he heads off on international duty on Sunday. Brazil have World Cup qualifiers against Bolivia on October 10 an d Peru four days later.

However, chief football correspondent at the Telegraph, Jason Burt, believes the 27-year-old is increasingly likely to sign a pre-contract agreement with United on January 1.

If Manchester United are to sign Alex Telles I am told it has to happen tomorrow as he flies to Brazil on Sunday for international duty. Clubs remain way apart on fee. More on @TeleFootball

Sources have told Burt that Porto are holding out for a fee in excess of €20m — but he is free to talk to foreign clubs from January onwards since his contract expires next year.

Read more: Romelu Lukaku hits back at critics who called him lazy at Manchester United