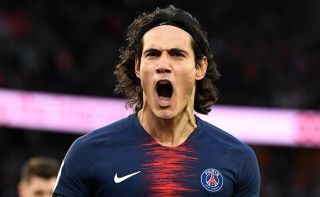 Manchester United are reportedly on the verge of finalising the signing of free agent Edinson Cavani on a two-year deal.

The Uruguayan joined PSG in 2013 from Italian side Napoli in a move which cost the Parisians £58.05m, as per TransferMarkt.

The elite striker enjoyed a hugely successful time in Paris in a spell which saw him feature in 301 matches in all competitions and be directly involved in a monumental 243 goals.

During Cavani’s seven years in Paris his goal scoring heroics helped fire the European giants to an impressive 22 trophies including six Ligue 1 titles.

Cavani’s departure from PSG saw him become a free agent this summer and according to leading journalist Fabrizio Romano, the South American is set to become United’s second signing of the window.

Romano claims that a recent agreement between United and Cavani’s representatives has been reached with the striker set to sign with the Reds until the summer of 2022.

Last details to be sorted about agents fee [huge amount – €10m asked] then the deal will be done.#MUFC see Cavani as “great opportunity”.