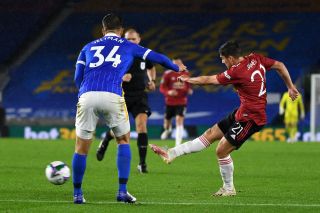 There has been speculation over the summer linking Daniel James with a move away from Old Trafford.

The problem very much exists that United are running out of time to sign players, but the reality seems more damning for a manager who deserved sincere backing after getting the club back into the Champions League.

Let’s not forget how Liverpool ended their 30-year wait for league success last season. United have done little to set the record straight that we are the biggest club in England. While I still believe that to be the case, it’s extremely disheartening that the club we love no longer acts like the biggest and the people running it are more focused on commercial growth than on-field success.

James has ability but there will always be question marks over whether he is good enough for United until he improves. Surely, the board agrees with Solskjaer that the team would benefit from having Sancho over the Wales international.

However, ESPN reporter Mark Ogden adds that Solskjaer has yet to convince the board to sanction a potential £25m sale for for James.

How much convincing does it take? I know executive vice-chairman Ed Woodward is not renowned for having much knowledge when it comes to football, but when a Manchester United manager makes such a call he should be trusted.

Reading such a story won’t surprise former manager José Mourinho, who, as Tottenham manager, can currently boast about a much better transfer window than his successor at Old Trafford this year…