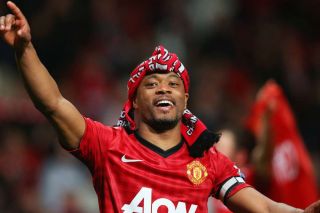 When Sir Alex Ferguson brought in the then relatively unheard of French full-back Patrice Evra from AS Monaco in the January transfer window of 2006 you could have forgiven sections of the united faithful for having their doubts. A rather forgettable derby debut display against Manchester City leading the Frenchman to getting substituted at half time wasn’t exactly the greatest of starts to his Old Trafford career. However despite the early day derby day blues Patrice Evra went on to become one of Sir Alex Ferguson’s finest ever signings in his managerial career and became an essential part of the clubs success towards the late 2000’s and into the new decade.

In a stay that spanned over 8-years at Old Trafford, Evra won nearly all there was to win in the game. 5 Premier League Titles, 1 UEFA Champions League, 3 League Cups, 1 FIFA Club World Cup and a bundle of Community Shield rounded off a mighty impressive medal collection for the Frenchman with only an FA Cup winners medal missing from the Frenchman’s awards cabinet.

There have been few footballers that have played for United like Evra – always showing so much passion for the club. He knew what playing for Manchester United meant. He wasn’t just here to perform on the pitch and pick up his handsome pay check, he understood what the club stood for.

After joining mid-way through the 2005/06 campaign, it wouldn’t really be till mid-way through the following campaign (2006/07) when Evra truly established himself in the United first eleven. Having fought off competition from Mikael Silvestre at left back Evra never really looked back. He opened up his goal scoring account for the Reds against Everton in a 3-0 victory, following that up with a lovely strike in the 7-1 demolition of Roma at Old Trafford and his efforts on the field were rewarded as the Frenchman was named in the PFA team of the year along with 7 other Manchester United players (Van Der Sar, Rio Ferdinand, Nemanja Vidic, Gary Neville, Cristiano Ronaldo, Paul Scholes, Ryan Giggs) as the club won back the Premier League title from Jose Mourinho’s Chelsea side.

What was to follow in the 2007/08 campaign was beyond the stuff dreams are even made of; as United not only won the Premier League title, but were crowned Champions of Europe for a third time defeating Chelsea on penalties on that famous night in Moscow. For Evra personally he was now the club’s first choice left-back and made a mighty impressive 48 appearances in all competitions. He wasn’t just United’s best left back he was now arguably now the best left full back in the world.

Evra remained ever present in the United side as we headed into the 2008/09 campaign which seen the club win a third successive Premier League title win, yet another League Cup and, oh, we were crowned Champions of the World! With the only blemish coming in the clubs final game of the season losing out to a superb Barcelona side in the European Cup final in Rome. From a personal perspective Evra again was named in the PFA team of the year and made a much familiar 48 appearances in all competitions much like the previous campaign.

The departures of Cristiano Ronaldo and Carlos Tevez after the club’s European Cup final defeat would always make the following season (2009/10) a difficult one for the club both on and off the pitch. We finished runners-up to Carlo Ancelotti’s Chelsea but for Evra he remained as consistent as ever going on to make a whopping 51 appearances in competitions including appearing in all of United’s 38 League matches.

The 2010/11 campaign brought something of a mixed bag for the club. Winning back the Premier League title was always going to be a sweet moment but losing out again to Barcelona in the European Cup final at Wembley left a touch of a disappointment on the season but for Evra he remained a solid and consistent figure in and amongst Sir Alex Ferguson’s starting eleven.

Disappointment of losing the league title to rivals Manchester City on the last day on the 2011/12 campaign was a mighty tough pill to swallow for United but that was put right the following season (2012/13) as United won back the league title for a record 20th time with Evra once again featuring heavily throughout. It also brought to an end Sir Alex Ferguson’s 26-year managerial career at Old Trafford and to win the title that year was a perfect way to round things off.

Evra’s time at Old Trafford was officially brought to an end on the 21st July 2014 where it was announced the French man would be joining Italian giants Juventus. His time at the club may be long over but he will be forever remembered in the hearts of the united faithful. He knew what it meant to play for Manchester United and we will not forget that.