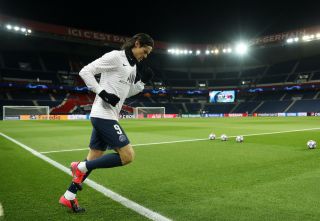 Manchester United have been offered the chance to sign Edinson Cavani, according to Fabrizio Romano.

Cavani is a free agent after leaving Paris Saint-Germain and has history being linked with a move to Old Trafford (via The Express).

The Italian journalist told The United Report: “At the moment it’s not advanced. He has been offered, the same with Cavani, Cavani has been offered to Manchester United but he wants a long-term deal and a huge wage.

“That’s why Manchester United are considering other options.

“You always have to remember 100+ players are offered every month, so it’s normal.”

It’s not often a world-class player becomes available but United have known about Cavani’s situation all summer and haven’t made a move.

This is clearly not a player Solskjaer had in his plans when the transfer window opened, unlike Borussia Dortmund’s Jadon Sancho, so let’s not get excited and pretend like this could be the way forward.

Solskjaer talks about planning long-term as he did earlier today during his press conference, as per the Manchester Evening News, but a signing like this would go against that.

What happened to the youngsters of today’s game? Why are we running around the transfer market nearing deadline day and talking about a 33-year-old striker when United have managed to make just one signing.