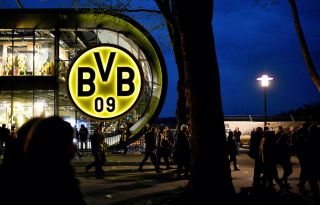 Borussia Dortmund’s director of communications Sascha Fligge has cleared up rumours suggesting that star-man Jadon Sancho has not been present at the club’s training sessions.

Sancho, 20, has been a long-standing summer transfer target for Manchester United who view the Englishman as a leading right-winger but the German club’s eye-watering £108m valuation of their player is causing the deal to stall.

The elite attacking wide-man emerged as United’s number-one target after a hugely impressive breakthrough campaign saw the Englishman be directly involved in a monumental 40 goals in 44 appearances in all competitions last season.

However, with just three days left in this summer’s transfer window any proposed move for Sancho is hanging in the balance with the Reds remaining firm that the club are ‘relaxed’ despite the increasing pressure to get a deal done, as per BBC Sport.

The latest development, it seemed, in this relentless and ongoing saga came from Sky Sports News who reported live from outside Dortmund’s training complex earlier today that Sancho had been absent from his side’s training sessions.

However, Stretty News has recently obtained exclusive information from the Bundesliga side’s director of communications Fligge who, when asked whether or not Sancho trained, said: “He did.

“And he trained yesterday as well and he will train here next week.”