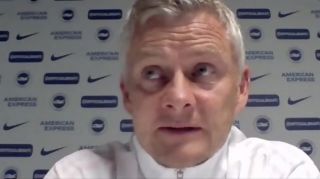 United were in action last night when they faced-off against Brighton and Hove Albion in the Carabao Cup’s Fourth Round, beating the Seagulls 3-0.

The Reds’ Dutch versatile midfielder was named in Solskjaer’s starting line-up and put in a highly impressive performance after arguably being one of the best players on the pitch.

Speaking after last night’s game, Solskjaer said: “He’s such a clever mover, he plays the game very simple and effectively and with high quality.

“So of course, he’s knocking on the door.”

United’s next game is against Tottenham Hotspur next Sunday when the Reds will face Jose Mourinho’s side in the Premier League.