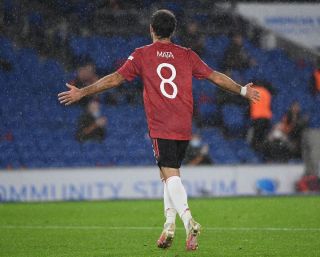 Ole Gunnar Solskjaer praised the impact of man-of-the-match Juan Mata as Manchester United comfortably progressed through to the Carabao Cup quarter-finals with victory at Brighton.

In stark contrast to the drama witnessed in the league fixture just four days earlier, United looked untroubled on the south coast and Mata was the best player on the pitch throughout.

The Spaniard created the first and scored the second in a 3-0 win, linking up superbly with Donny van de Beek as United broke down Graham Potter’s tired side.

His cross for Scott McTominay’s opening header was a real moment of quality and his right-footed finish to effectively seal the tie was composed.

Mata wasn’t even included in Solskjaer’s matchday squad for the league fixture at the Amex but reminded everyone that he is still a game-changer on his day.

Solskjaer remains well aware of Mata’s class and praised the 32-year-old for key aspects of his performance.

“He’s young,” Solskjaer joked in his post match-interview, as quoted by the Manchester Evening News.

“Great performance by Juan, he was the one that really got us on the ball, calmed us down a bit, was composed.

“Good set-play with the first one, the second one he more or less creates himself by getting on the ball in midfield.

“Juan is the ultimate pro and it never surprises me when he plays like this.

“He’s been around the block and he knows football, he runs away from Dan Burn, holds him off, gets the foul, second-half he does his work and back stick Juan is there back stick to shield it from Dan Burn, who’s probably got a foot on him! Very pleased with him and fantastic goal.”

There is no suggestion that Mata’s efforts this evening give him a chance of starting in the huge game against Jose Mourinho’s Tottenham on Sunday.

But Solskjaer should at least consider the return of the Spaniard on the bench as he can still provide serious moments of quality in key moments, as he proved against Brighton. 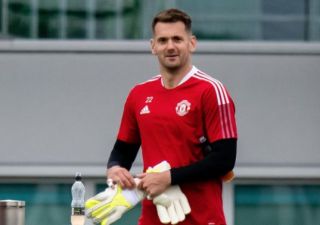