James was left out of Ole Gunnar Solskjaer’s matchday squad for Saturday’s dramatic victory over the Seagulls on Saturday.

The Welshman was brought off at half-time in United’s humiliating opening day Premier League defeat to Crystal Palace and some supporters have suggested he could benefit from a loan move.

As reported by David Ornstein in his column for the Athletic, Brighton are among the admirers of the 22-year-old winger, who scored four goals in his first season at Old Trafford.

Brighton manager Graham Potter handed James his first Championship start during his time at Swansea and Ornstein notes that he would ‘relish’ a reunion with the forward.

It is also added that Leeds maintain an interest in the player that they became so close to signing in 2018.

But it appears unlikely that Solskjaer will entertain offers for James, particularly if there isn’t an arrival of an elite wide man before the October 5 transfer deadline.

Expectations over James became distorted after his flying start last August but he still has potential to develop into an important member of the United squad in the coming years.

The 22-year-old’s blistering pace from the bench is a beneficial asset for most sides and the Reds would be foolish to let him go given the lack of strength in depth in the position.

Ornstein confirms in his Athletic report that it is unlikely he will depart Old Trafford this summer, regardless of whether a new player arrives this week. 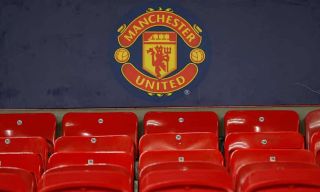