Manchester United are reportedly leading the race to land FC Porto’s impressive attacking left-back Alex Telles. According to a recent report from A Bola the Portuguese champions could be subject to a €20m bid from United for their leading defender.

Telles, 27, is arguably one of Europe’s most well-rounded full-backs after he displays both solid defensive and offensive attributes.

The talented Brazilian boasts some extremely impressive attacking numbers after being directly involved in a monumental 82 goals in 192 appearances for FC Porto.

With Ole Gunnar Solskjaer poised to make FC Porto’s Telles his second signing of the summer, as per leading football journalist Fabrizio Romano we have taken a look at how Telles’ potential move to Old Trafford could totally transform the way the Reds set-up. 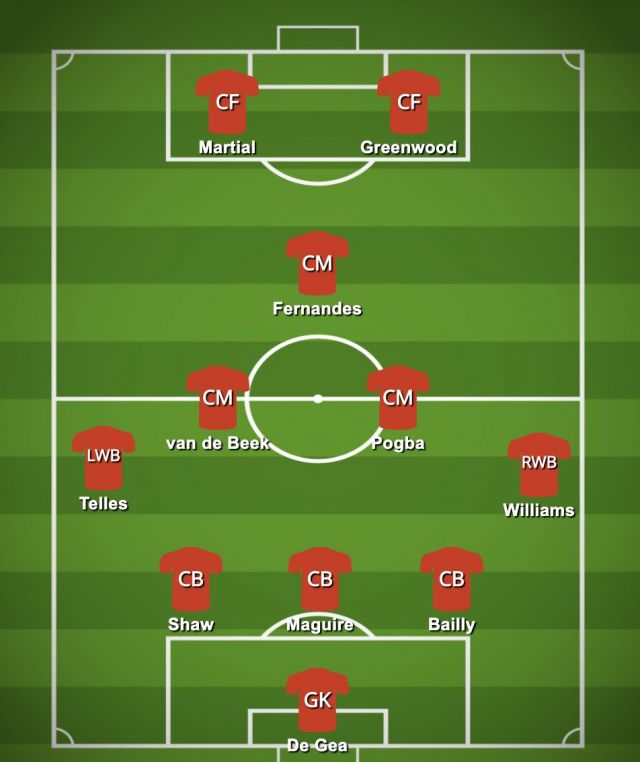 Telles’ arrival could signal the end of Luke Shaw’s career as a left-back and could instead shift further inside to ply his trade as a left-sided centre-back.

Shaw’s stocky frame and solid build could see him become much more effective as a point of last defence rather than a full-back instructed to bomb up and down the pitch from byline to byline.

Elsewhere, of course it goes without saying highly-rated defensive full-back Aaron-Wan-Bissaka could be best suited to being allowed to sit deeper and focus entirely on defending or act as an inverted wing-back allowing the midfield to overload the left-side of the pitch.

However, for the purpose of this, we have gone with the natural right-sided attacking full-back Brandon Williams who is often situated on his weaker foot on the opposite flank to add even more attacking flair.

In conclusion, line-ups are always dependent on who you’re facing off against, however, assuming we’re heading into a game we should win I believe this system could work wonders and would absolutely love to see it in action.

Does this side excite you or are there any changes you would make? – Let us know in the comments.