Axel Tuanzebe is on the road to recovery.

Manchester United’s official Instagram account posted a photo of the defender on an exercise bike alongside the caption ‘getting the legs going’ which suggests he is making good progress on his return from injury.

Tuanzebe wasn’t the only United player pictured on a bike, though. The Instagram post includes a series of photos with David de Gea, Nemanja Matic and Donny van de Beek. 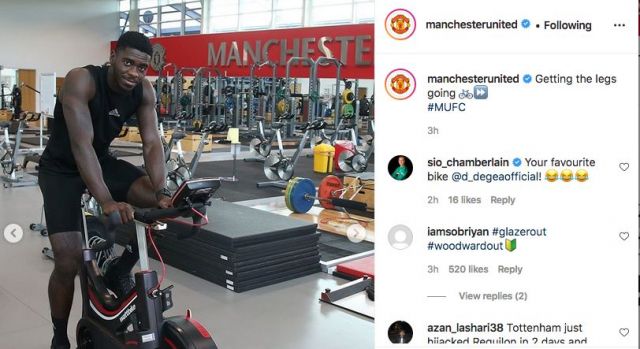 The sooner we have a fully fit squad the better, and long may it last because we’ll have a good season if our top players avoid long spells out injured.

When last season began many were hopeful Tuanzebe would push on and become a solid partner alongside Harry Maguire. That didn’t happen because of his injuries and he has not played a senior game for United in 2020.

In fact, his last appearance came in the 3-0 EFL Cup win over Colchester in December.

Solskjaer told the club’s official website that Tuanzebe had surgery, back in August: “Axel started to get niggles when we restarted and he had to have an operation in his foot, so he’ll be back early Septemberish.”

Accurate as ever, Ole!