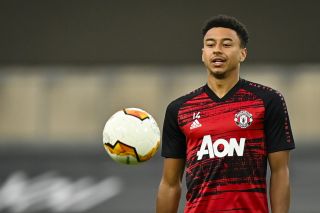 Former Manchester United player Luke Chadwick believes Jesse Lingard has what it takes to be an important player in Ole Gunnar Solskjaer’s side.

Chadwick accepts that Lingard won’t be a starter this season but from the bench he could be a good option. Not all United fans will agree but it would be nice to see him play with confidence again.

But then I look at his age and see Lingard is 27-years-old.

He should want to be playing regularly and trying to get back into the England squad.

It’s a fantastic story how he came through the academy and became a graduate, but his career has hit a number of stumbling blocks and he’s in a real hole at the moment. A move would bring a fresh start and Lingard’s a talented footballer.

Chadwick spoke to CaughtOffside about Lingard, saying: “Jesse Lingard’s obviously got a great history at the club, coming through the academy.

“(He) got into the first-team, had some real good spells, and probably suffered due to his personal situation affected his form last season.

“But on form I think Jesse Lingard can offer so much to Manchester United. We speak about players like Pogba, Fernandes, who are all wonderful on the ball, but I think what Lingard offers is wonderful movement, whether he plays in central or wide areas. He understands the game really well in terms of his movement off the ball.

“I think maybe more likely now is that that could be coming off the bench, but I think about his own future. If you look at the squad Ole’s put together I’d be quite surprised if Jesse was a starter, but I think he still offers plenty to be an effective Premier League player.”

Lingard played a part in Saturday’s 1-0 defeat against Aston Villa, but I’d be surprised to see him get any minutes when the Reds start their Premier League campaign on Saturday.

Solskjaer will have Donny van de Beek making his competitive debut for the club.