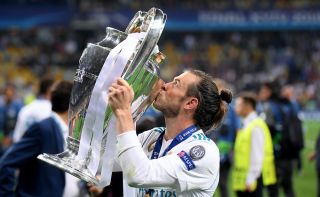 Bale, 31, joined Real Madrid in 2013 from Tottenham Hotspur in a move which cost Los Blancos £90.9m, as per TransferMarkt.

Despite going onto be directly involved in 41 goals in 44 appearances in his debut season and 29 in 48 in his second season for Real Madrid, the Welshman has found himself frozen out by legendary boss Zinedine Zidane.

Bale’s career since being a ‘Galatico’ is littered with silverware including four Champions League trophies, three of which were lifted in consecutive seasons (2015-16, 2016-17 and 2017-18) with the attacker scoring arguably the competition’s best ever final goal against Liverpool in 2018.

However, despite the 31-year-old’s obvious talent, Zidane refuses to play him and has instead opted to ship him out and remove him from the wage bill where he reportedly earns around £14m-per year.

According to a recent from Spanish outlet Mundo Deportivo Real Madrid are waiting on United to make a move for the attacker who has an asking price of just £18.5m.

The report claims that United have yet to make an official offer for Bale but are confident they will launch one as their ongoing pursuit of Borussia Dortmund’s Jadon Sancho fails to materialise which coincides with a recent report from the Telegraph who claim United officials are losing hope an agreement can be made.

Mundo Deportivo’s report goes onto claim that Real Madrid would prefer the player to leave on a permanent deal, but as they could afford to pay him for one more year out of the two remaining on his deal, a loan move could be on the cards.

Would you like to see Bale at Old Trafford next season?

Let us know in the comments.