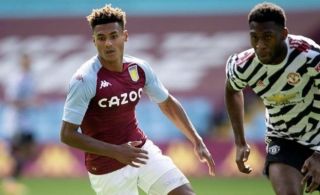 United and Aston Villa squared-off earlier this afternoon as both sides prepare for their Premier League openers next weekend against Crystal Palace and Sheffield United respectively.

Ole Gunnar Solskjaer has seen his side’s domestic opener delayed by one week due to their participation in the latter stages of last season’s Europa League which was moved to later in the year due to the ongoing COVID-19 pandemic.

United launched their 2020-21 third kit earlier this month which will see the Reds play in a zebra style kit which has selection of fans questioning whether or not it is the worst ever kit.

Is the zebra pattern growing on you?

Let us know in the comments.