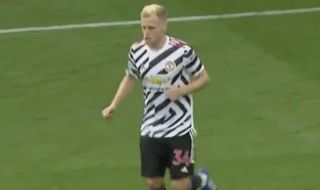 Manchester United’s line-up for their pre-season friendly against Aston Villa earlier today has finally been revealed. The pre-season warm-up match saw United suffer a 1-0 defeat after new-signing Ollie Watkins tucked home the only goal of the game.

United’s league opener has been delayed by one week due to their participation in the latter stages of last season’s Europa League which was moved to later than usual in the footballing calendar due to the ongoing COVID-19 pandemic.

Today’s pre-season friendly line-up has been released which shows Dean Henderson start ahead of David De Gea in goal and new-boy Donny van de Beek get his first start in a United shirt, even if it was the Red’s infamous third kit. 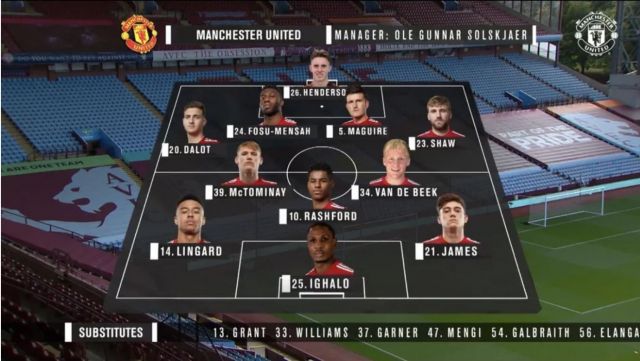