Manchester United are set to start their Premier League campaign next weekend when they will host Roy Hodgson’s Crystal Palace at Old Trafford on September 19.

United’s domestic campaign has been delayed by a week due to their involvement in the latter stages of the Europa League due to the ongoing COVID-19 pandemic.

Ole Gunnar Solskjaer saw his side back in action earlier today against Aston Villa in a pre-season warm-up friendly in a game which saw the Reds suffer a 1-0 defeat.

In preparation for United’s first Premier League game of the new 2020-21 season, we have predicted how we expect to see Solskjaer line-up against Palace.

Started in today’s friendly, perhaps as a warm-up for next weekend. I wouldn’t be surprised to see the impressive 23-year-old get the nod over the experienced David De Gea come next weekend.

Easily United’s first-choice right-back, assuming no injuries or positive COVID-19 test, the talented Englishman will start in his usual position.

I don’t expect to see a change in United’s usual centre-back partnership of Lindelof and club captain Harry Maguire.

After being confirmed as the Red’s captain ahead of the new season, Maguire will line-up against Palace next weekend.

Unfortunately for Shaw he did miss the back-end of last season after suffering an ankle injury, after now being declared fit and ready to go, I fully expect the English defender to reclaim his usual left-back position against Palace.

With still some uncertainty surrounding Paul Pogba’s fitness and match sharpness after being forced to self-isolate due to testing positive for COVID-19 earlier this month, September 19 may be a little too soon to expect to see the Frenchman start. I’m going with Fred to start in the heart of the midfield.

In action earlier today against Aston Villa in the Red’s pre-season friendly, I fully expect to see the Dutchman be awarded with his competitive United debut next weekend.

After narrowly beating strict quarantine rules which meant he did not have to be sidelined for two weeks, there is no way Solskjaer doesn’t start with his reliable Portuguese Magnifico in his side’s league opener.

This is where I could be wrong, however, after starting earlier today against Aston Villa and with Greenwood’s international misdemeanours earlier this week, I wouldn’t be at all surprised to see Solskjaer remind the squad exactly who is in charge.

Arguably the best left-sided attacker United have, at least for the time being anyway and assuming a certain Mr Sancho isn’t a United player come the 19th, I fully expect to see the inspirational Rashford kick-start his Premier League campaign with a start against Palace.

Easiest pick of the lot. After yet another fine display whilst away on international duty with France, Martial is a clear favourite to be one of Solskjaer’s first names on the team sheet next weekend. 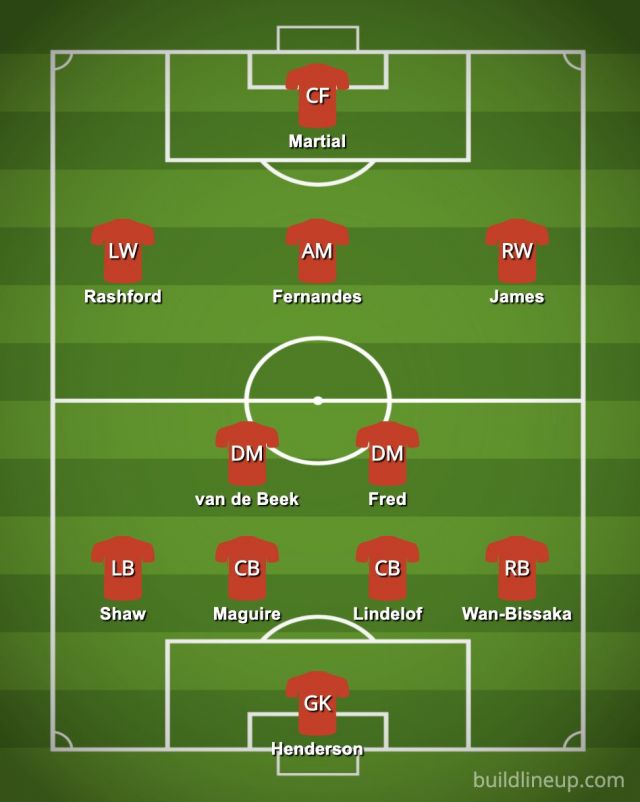