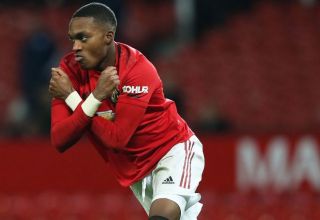 Along with the news that Manchester United have confirmed that international clearances have now been received for two new additions at U18 level, with a third signing also being finalised, there comes news of a departure from our academy.

The 17-year-old is said to have been demanding a weekly salary just under five figures and wanted the guarantee of a first-team promotion this season.

Ironically, Sotona only appearance for United’s U21s last a minute as he was sent off in the EFL Trophy defeat to Tranmere.

For the U18s he made 11 starts and 11 substitute appearances — scoring the winner in the FA Youth Cup quarter-final victory over Wigan at Old Trafford.

United are in the process of finalising deals for Alejandro Garnacho from Atletico Madrid and Charlie McNeill from Manchester City, so it’s not as if there will be a lack of competition for forwards next season.

Maybe that influenced Sotona’s decision to leave the Reds this summer.

We wish him the best of luck with his career.