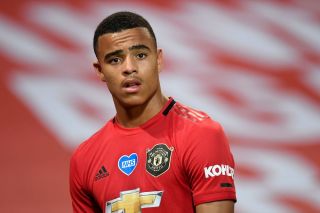 Manon Greenwood returned to Manchester United’s Carrington training ground on Thursday after being axed from the England squad after his first senior call-up.

The 18-year-old was sent home from England duty along with Man City’s Phil Foden for breaching COVID-19 protocols.

Greenwood and Foden were sent home by manager Gareth Southgate after sneaking two women into England’s hotel in Iceland following a 1-0 UEFA Nations League win over the country.

As a result, upon returning to United training, Greenwood was forced to train alone because of the potential coronavirus risk, as per The Mirror. The report adds that the club are unlikely to formally discipline him.

It makes perfect sense. Why should other players be put at risk because Greenwood couldn’t follow the guidelines in place for England players? All of the football governing bodies have spent a long time planning not just the return of football, but trying to get fans back into games.

Greenwood made a mistake and now must suffer the consequences. He is set to rejoin United’s squad for training from early next week.

The young striker has a huge season ahead of him and must show that he can deal with the pressures of having a negative spotlight on his every move.