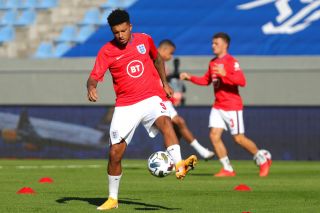 According to Northern Football Correspondent at the Daily & Sunday Telegraph, James Ducker, there has been a breakthrough in the impasse over agents’ fees and personal terms with Jadon Sancho and Manchester United are concerned.

This is the sort of update Manchester United fans have been waiting for all summer, but Ducker warns agreeing a fee with Borussia Dortmund will not be straight forward.

I don’t think anything about this deal has been straight forward.

The reliable journalist adds Sancho is keen to join Manchester United before the transfer deadline on October 5.

There’s been a breakthrough in the impasse over agents’ fees and personal terms where Sancho and United are concerned. Sancho keen to move to #mufc before Oct. 5. But United would still have to agree a fee with Dortmund and that’s not straight forward

While there’s still a million miles to go in this Sancho deal, this suggests a start in movement and that can only be a good thing.

Manchester United made their first signing of the summer last week when Donny van de Beek joined from Dutch giants Ajax in a deal worth £35m, as per BBC Sport.

Signing both Sancho and Van de Beek would silence a lot of critics, even though Ole Gunnar Solskjaer cannot ignore defensive reinforcements this summer because that will come back to bite him.

It may come as a surprise that negotiations with Borussia Dortmund had not begun all along.

United have been waiting to agree terms with Sancho before conducting a deal with his club. At least they can work on that now.