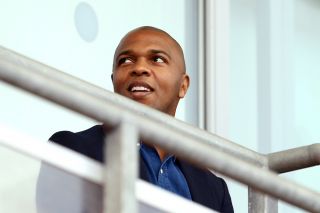 Quinton Fortune has moved to the Madejski Stadium as part of Veljko Paunovic’s backroom team.

Paunovic’s coaching set-up is starting to take shape following the announcement that Fortune will leave Manchester United to join the coaching staff at Reading, as confirmed by the club’s official website.

Fortune started his football career at Tottenham Hotspur before moving to Spain, first with Real Mallorca and then Atletico Madrid. He caught United’s eye at the latter when Sir Alex Ferguson brought him to Old Trafford.

He retired after a stint at Doncaster Rovers in 2010 but before than he played with Bolton and had spells in Belgium and Italy.

Perhaps his connections with United and Ole Gunnar Solskjaer could stand Reading in a good position to benefit from loans.

United’s academy is getting better and better and more of our players need to experience first team football — whether it’s abroad or at a lower level in England.