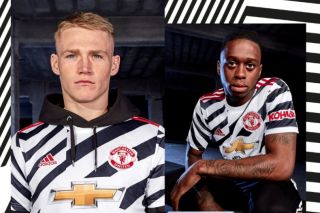 Manchester United have officially released their third kit with a pretty bold design to say the least.

Fans may take some time to get used to the new third kit, but I don’t think it will be worn all that regularly, and our second kit is a lot more appealing and doesn’t run the risk of offending zebras.

See below for some images of the new design. 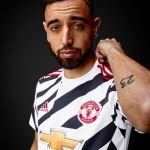 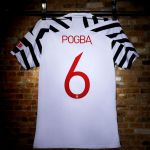 Thanks for the seal of approval, Becks — we'll take it from here 👀

Manchester Evening News claim the kit has gone down well with United players. Aaron Wan-Bissaka updated his Twitter picture to a similar pattern, too.

But a lot of United fans are least impressed. Here’s an idea of some of the reaction to the release this morning:

I’d love to know who designed this and gave it the ✅ to be an actual official United shirt! Whoever they are, they need making redundant.

It truly is the worst shirt this club has EVER had.

Dreadful kit. Did a blind zebra design it?

They say that all the best music was written while under the influence of drugs. It’s fair to say that this isn’t the case when designing football shirts 🥴

Will you buy the third jersey for next season?