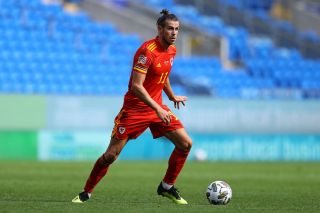 The Spanish press are getting bored.

A transfer window doesn’t go by without Real Madrid’s Gareth Bale being linked with a move to Manchester United.

The Wales talisman is no longer a regular in Zinedine Zidane’s starting XI but Los Blancos will find it difficult to find a buyer this summer.

However, the latest on Bale’s future as per Madrid based publication Marca is that his former club Tottenham are admirers of his but cannot afford a deal. United’s name has been thrown in because Madrid hope we shown an interest in the player.

There is nothing to indicate that Bale is seeking a transfer away from Madrid.

He is under contract and would take serious convincing to give up on the life he has in Madrid, where he’s won two La Liga titles and the Champions League an incredible four times.

The report doesn’t make it clear if United have signalled that they would move for Bale, but we cannot see Ole Gunnar Solskjaer’s ears pricking if offered the player.

Any chance Bale had of playing for United is surely dead in the water?