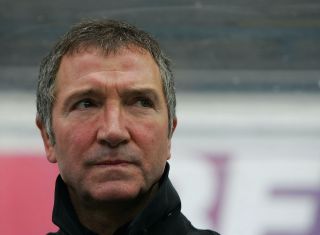 Sky Sports pundit Graeme Souness has issued some rare praise for the club he just loves to hate and in particular French striker Anthony Martial.

Speaking live on Sky Sports as quoted by Metro Souness believes that Martial is now a much happier player under current boss Ole Gunnar Solskjaer but feels the Norwegian will face a challenge to keep the frenchman at the top of his game.

Martial, 24, joined United from Ligue 1 side Monaco back in 2017 in a deal which cost the Reds £54m, as per TransferMarkt, after Martial’s arrival the club came under fire for spending so much on a young and unproven striker.

However, despite Martial’s hefty price-tag the forward has gone onto enjoyed a decent three-years having been directly involved in 112 goals in a total of 222 appearances in all competitions for the Reds.

Arguably though, the french number-nine’s most prolific season was last season after he racked up 23 goals and 12 assists in 48 matches across all competitions.

Souness believes that Martial’s demeanour in previous seasons was one of a ‘moody’ nature and feels Solskjaer will need to keep him on top form because he is a real talent when firing on all cylinders, he said: “The front three they’ve got are exceptional, they’ll get goals against anyone.

“For the front three, the biggest challenge Ole has is keeping the fire lit under the Frenchman up front. ‘I think you can best describe his five years at Man United as being a moody player. But in there, there’s a genuine star.”

Martial is back in action later this evening for country France as he leads the line against Croatia in the latest round of Nations League fixtures.