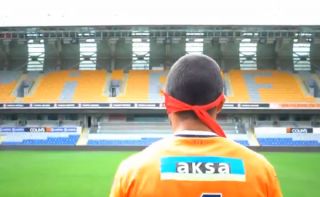 Rafael Da Silva goes down as one of the most popular Manchester United right-backs of all-time. The Brazilian was adored by the fans and to this day he happily cheers on the Reds.

The full-back joined Manchester United in 2008 along with his twin brother Fabio Da Silva. Rafael spent seven seasons at Old Trafford before signing for Lyon in 2015.

Today it was announced by Istanbul Besaksehir that Rafael has joined the Turkish club on a two year deal with an option to extend it by a further year.

Rafael will wear the number 4 jersey at Istanbul.

Istanbul issued a statement to announce Rafael’s arrival, which reads: “Our club signed a 2 + 1 year contract with Brazilian football player Rafael. Our Vice President Mesut Altan and our CEO Mustafa Erogut took part in the signing ceremony of the successful defender.

“Rafael, who has played in important clubs ion Europe such as Manchester United and Lyon, will wear the number 4 jersey in our club.

“We welcome Rafael to our family and wish him success with our orange-navy blue jersey.”

Rafael was unveiled as a Teenage Mutant Ninja Turtle in his Istanbul Besakshir announcement video, seen below:

On top of that, Lyon has shared an emotional farewell video to Rafael with clips of some of his best bits at the Ligue 1 club, again seen below:

We wish Rafael the best on the latest chapter of his football career.