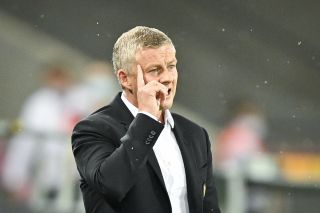 At the time of writing, 12 days is all that separates United from the beginning of their quest toward continued progression. Despite a 3rd place finish and representation in the final 4 of three cup competitions, a familiar sound echoes through the surrounds of our global support – “sign some players!”

Admittedly, the acquisition of a certain Dutchman is very welcome and one which appears to match the transfer philosophy of our Norwegian leader. However, when considering the activity of our close rivals, it appears that our less than charismatic owners have other ideas.

Now, despite his obvious flaws, Ed Woodward is not without his charm. Few could point the finger at the Donny deal and see fault. Also, the recent offload of Alexis Sánchez and anticipated departures of Chris Smalling and Marcos Rojo free up further funds. So, in this time of great supporter expectation, the onus has never been more firmly placed at his feet. One can only imagine that this would simply entice our decision maker: for it was he would uttered the famous words

“We can do things in the transfer market that other clubs can only dream of. Watch this space.”

I remember Ed Woodward taking a picture of the scoreboard at Olympiakos as a reminder of something he didn’t want ever to happen again. He should keep this as proof of the gulf that now exists between Utd and Europe’s elite.

As our recent managerial merry-go-round has swung, there have been numerous questionable decisions in the market. It is these very decisions that have set the club on a backward trajectory and separated the fan base like never before. Despite this, we find ourselves in a moment of unexpected expectation. There is more than a little reason for optimism when considering the current individual international performances: the cherry on the cake being the international debut of a certain Mr Greenwood. A fulcrum has clearly been devised by our manager and now, more than ever, it is imperative that our leader is backed.

When taking the current squad into consideration, Ole has built a spine that consists of youth, international pedigree and flair. He has been ruthless in his decision making and has oversaw a much needed clear out. What is required now is clear – depth. It is this very depth that will allow the manager to continue momentum, compete across four fronts and – when Covid is all but a painful memory – put faithful backsides in the seats of the Stretford End.

“Your job now is to stand by the new manager”. Strong words, from a much stronger individual than I. Hierarchy could do with taking note. The message is clear, simple and very straight to the point – Back our manager!