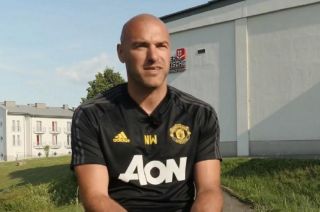 Manchester United are in the market to sign a new striker for their Under-23 side this summer, according to the Manchester Evening News.

Ole Gunnar Solskjaer, as a manager happy to promote youth players into the first team, will want the club producing the brightest young stars. That could also cut United’s costs in the transfer window if they are able to bring through the best players.

It makes perfect sense to have a mixture of signings and emerging talent from the academy every year. You need to be producing at that rate when you play at the top — Solskjaer has done really well with the likes of Mason Greenwood and Brandon Williams since taking charge.

Having brought through Greenwood in the last year, the club is seeing the benefits of producing a true star, and it could you only need to look to Marcus Rashford for more evidence of how it works.

United U23s manager Neil Wood is preparing his side for their first campaign back in the Premier League 2 Division One and he wants a new striker.

The MEN claims United will take a long striker on trial at reserves level this week.

D’Mani Mellor, 19, is going to be out for a long time following an ACL injury, making Anthony Elanga the only natural striking option available to the Reds at U23s level. Wood knows he will need more options and even at that they will still be light on the attacking front.

United U23s into the Premier League 2 Division One with a squad full of teenagers — a lot of the more senior ones will be going out on loan this summer.