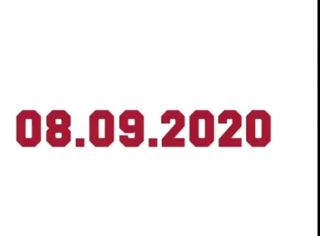 An Adidas video is doing the rounds on social media announcing that Manchester United’s third kit, with a zebra colour scheme, will be official unveiled tomorrow.

A picture of David Beckham wearing the shirt is already doing the rounds on social media and it definitely required an acquired taste.

I don’t think what we’ll see tomorrow as United’s official third kit for 2020-21 will go down as the biggest hit with fans, and I’ll wait to be proven wrong on that front. One way to sell shirts is make good signings and they’ve a lot of work to do in the next four weeks when the summer transfer window shuts.