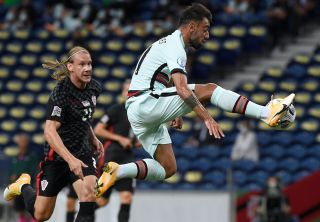 Fernandes, 25, carried on his impressive club form last night when he started in a number 10 role for Portugal who took on Mateo Kovacic’s Croatia.

The exciting midfielder was arguably the best player on the pitch after boasting some impressive stats and topping his evening’s work off with a classy assist.

United fans will undoubtedly be excited to see their star-man back in domestic action in two weeks time when the Red’s Premier League campaign kicks-off against Crystal Palace on September 19.