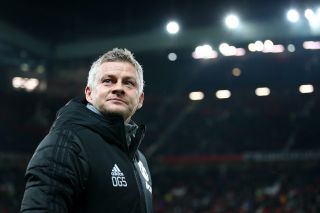 Manchester United have some sort of idea who they will be facing in the third round of the Carabao Cup.

Ole Gunnar Solskjaer’s side will start their domestic cup season against Reading or Luton Town in the League Cup after their Premier League opener at home to Crystal Palace.

Our Premier League season starts on September 19 and this Carabao Cup tie will take place on the 22nd or 23rd.

Last season we reached the semi-finals of the tournament — losing 3-2 on aggregate by Man City — and will be hoping to get further this term by winning the trophy.

United got to the same stages of the FA Cup and Europa League but ended the season without a trophy. That will come as a blow to Solskjaer who is keen to get United back to winning silverware.

The last time United were victorious in the League Cup was 2017 when José Mourinho was in charge. Times have changed but Solskjaer needs a trophy in the coming campaign.

The full draw is available on Sky Sports.