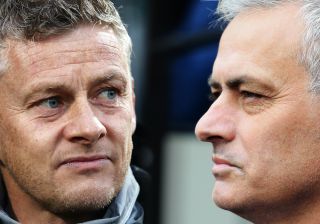 Reguilon, 23, has emerged as a transfer target for a host of top European clubs after his impressive loan spell with last season’s Europa League winners Sevilla.

The left-back enjoyed a superb campaign last time out after featuring in 38 matches in all competitions for Sevilla, racking up eight goal contributions along the way.

According to a report earlier this month from Manchester Evening News, Ole Gunnar Solskjaer has eyed the 23-year-old as a summer target in the hope he can bolster his depleted full-back options.

Reguilon has been offered to Man Utd. Let’s see 👌🏻

However, as the saga looks set to develop in an exciting fashion after a recent report from OkDiario via Express claims that current Tottenham Hotspur boss Jose Mourinho personally called the 23-year-old defender in an attempt to convince him to snub a move to Old Trafford.

The report states that Mourinho has been keen on securing the Spaniard’s services for some time now and is hopeful of seeing him make the switch from Real Madrid to London.