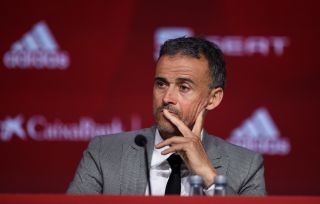 Despite a largely successful career with the Reds, the Spanish international has come under fire in last two seasons are a string of inconsistencies and individual errors have led to his club dropping unnecessary points.

As the new domestic season prepares to start, last night saw players in international action in the Nations League.

United number-one De Gea started in between the sticks for his country last night in their match against a simply irresistible German side.

The 29-year-old was awarded as Man of the Match after a string of fine saves kept his side in the match before team-mate Jose Gaya managed to equalised in the 95th minute.

In light of De Gea’s fine performance against Germany, Spain manager Luis Enrique publicly backed his keeper, as quoted by Manchester Evening News, Enrique said: “He has played many games like this in the English league.

“We monitor him exhaustively. But he and Kepa [Arrizabalaga] have the Sambenito hanging that when they make a mistake they have to appear on the news.

“They are used to it. With the game he has played David, we should be saying what a great goalkeeper we have. I will encourage them not to fall apart. It is a position in which I demand a lot, but since the press gives them a lot of cane, I treat them with more affection.

“I don’t think the press David has been disrespected. I say they are used to it.

“They know that their failures are more noticeable than those of other players, but they are used to it.”