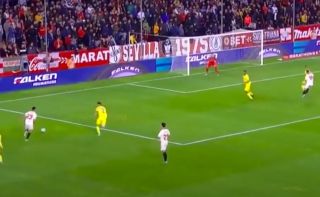 Reguilon spent last season on loan and played a crucial role in helping the La Liga side secure yet another Europa League trophy.

United fans were impressed with the 23-year-old as his assist for Sevilla’s equaliser contributed to Ole Gunnar Solskjaer’s side crashing out at the semi-final stage.

Despite his excellent performances for Sevilla, Reguilon will struggle to get regular first-team football under Zinedine Zidane at Madrid next season as he is behind Marcelo and Ferland Mendy in the left-back pecking order.

Therefore, the Spaniard may have to look elsewhere this summer and United appear to be one of the clubs interested in his services.

Manchester Evening News report that United are monitoring Reguilon amid uncertainty over his future and he has been tracked by the club’s recruitment department.

Left-back isn’t a position of priority for the Reds in the summer window but Reguilon is an affordable talent with plenty of potential.

Reguilon is valued at £22.5m on Transfermarkt and would certainly be an astute buy at that price given his pedigree.

As shown in the compilation video made by SVMM below, Reguilon is proficient in possession, thrives in taking on his opposite man and has good recovery pace.

It seems unlikely that Reguilon would displace Luke Shaw in Solskjaer’s first-team, but it will be interesting to see the outcome of his future this summer.