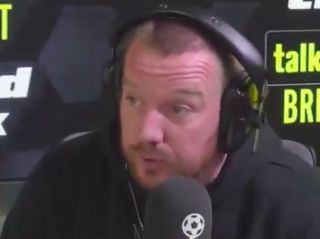 Talksport pundit Jamie O’Hara has dismissed the bizarre suggestions that the arrival of Donny Van de Beek could spell the end of Paul Pogba’s career at Manchester United.

United confirmed Dutch international van de Beek as their first summer signing on Wednesday in what seems like an astute piece of transfer business.

As per the BBC, United will pay Ajax a £35m up front fee for van de Beek’s services plus a further £5m in add-ons.

Ole Gunnar Solskjaer has received plenty of praise for identifying and bringing in versatile van de Beek, who has great pedigree and potential at 23-years-old.

But there has also been some confusion, with O’Hara’s fellow TalkSport pundit and ex-Liverpool midfielder Danny Murphy stating that he expects Pogba to leave.

Murphy questioned United’s decision to buy another attacking-minded midfielder due to the quality they already possess with Pogba and Bruno Fernandes.

But O’Hara has rightly rubbished these claims, believing the addition of van de Beek adds significant depth to Solskjaer’s squad.

Van de Beek offers Solskjaer options next season and the Norwegian will be less reluctant to rotate with the Dutchman at his disposal.

He could play in a box-to-box role in Solskjaer’s double midfield pivot, or further forward in the number 10 position.

Listen to O’Hara’s thoughts below, via TalkSPORT:

💪 “Man United are improving their squad to play in all competitions!”

😡 “We talk about #LFC strengthening, why’s it different for Utd?!”