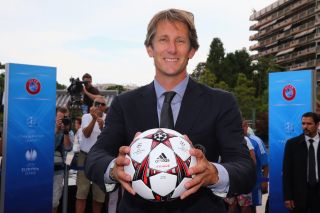 Manchester United announced they have signed Donny van de Beek on their official club website ManUtd.com earlier this evening after finalising the highly-rated midfielder’s move from Ajax for a reported fee of €39m plus €5m in add-ons, as per Sky Sports.

Van de Beek, 23, has signed a five-year deal with the Reds in a move which sees him depart the club he has spent the last 12 years with.

In light of the official announcement, club legend Edwin van der Sar who is now the CEO of Ajax took to his personal social media to send his former club a classy message about their newest signing.