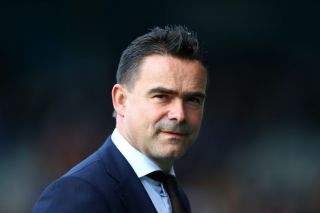 van de Beek, 23, officially became a United player earlier this afternoon after both clubs officially announced the talented Dutchman’s transfer, as per ManUtd.com.

The versatile midfielder has become manager Ole Gunnar Solskjaer’s first summer signing of the transfer window after his €39m plus €5m in add-ons transfer was finalised, as per Sky Sports.

van de Beek has been with Ajax since 2008 and went onto make his way through the club’s prestigious youth ranks to eventually become one of the first-team’s most important players.

The talented 23-year-old made 118 Eredivise appearances for Ajax, scoring 28 goals and assisting a further 24 along the way. van de Beek was played a pivotal role in the popular Dutch side reaching the 2018-19 Champions League semi-finals despite being one of the illustrious competition’s biggest underdogs.

Speaking in light of van de Beek’s finalised transfer to United, Ajax director of football Marc Overmars issued a statement on Ajax’s official website, he said: “This is a great transfer for Donny, one which he deserves. It’s also a compliment to Ajax’s youth academy, where he has played since he was 11.

“Last summer, there was a lot of interest in him but, luckily, we were able to keep him at Ajax for one more year.

“In the months that followed, he proved very valuable to us in both domestic and European competitions.

“He has now been a part of the Ajax first team for almost 5 years. He is ready for this step and we will miss him.”

van de Beek will now undoubtedly be eager to join up with his new team-mates as the Reds prepare for their opening domestic game of the 2020-21 season on Sept 19 against Crystal Palace.